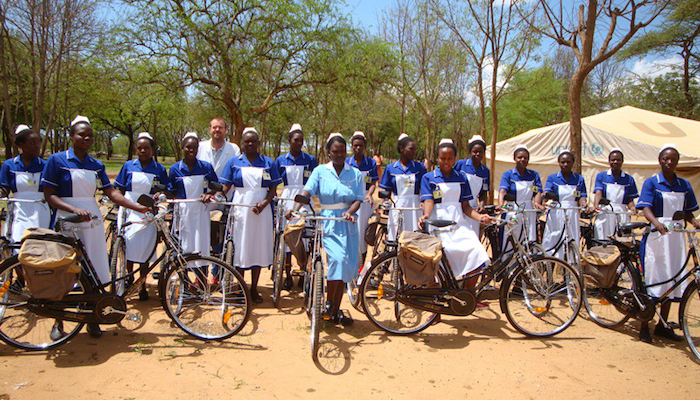 The “Bikes for Africa” project aims at bringing the bikes where they are still lacking, where more than in other places they are an instrument of life.
The first step has been taken in collaboration with Cinelli Bootleg, Ferrino SpA and IDEA ONLUS at the St.Kizito Hospital, Matany – Uganda.

Lack of transportation hinders communication and movement in the district of Matany. In particular, the hospital staff has real difficulty in reaching the villages to take care of sick people.

15 bicycles, 11 tricycles and 5 wheelchairs have been purchased thanks to the selling of a t-shirt specifically designed for the project. 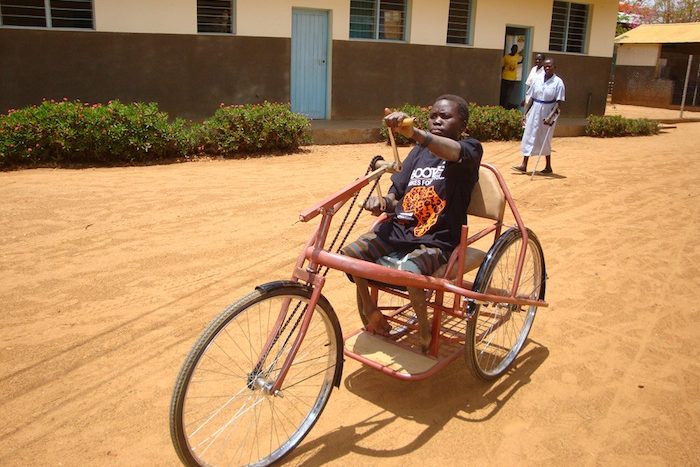 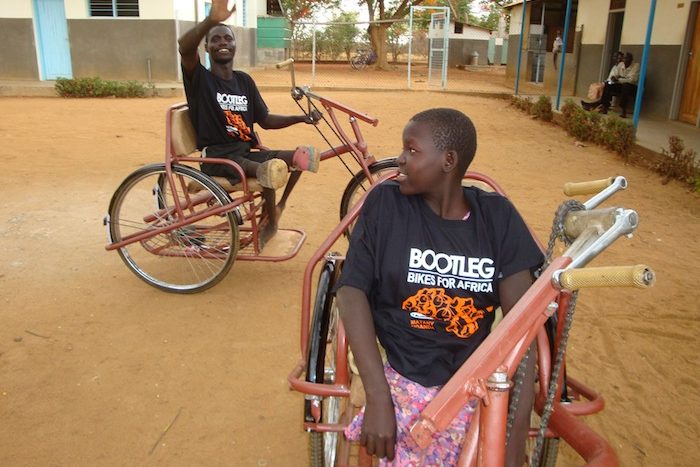